What Happened to Street Wear Fashion? 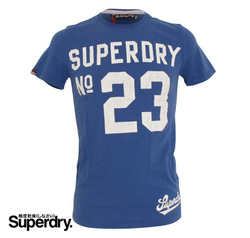 During the 1990s, street wear fashions were big business. You couldn’t walk down the road without seeing baggy jeans, baggy t-shirts, and white trainers. As the decade moved on and into the 21st century, this area of fashion seemed to disappear, only to be replaced by a pop-culture. We all looked the same. Fortunately, we got out of that style rut, but what happened?

Well, during the mid-2000s, we saw a re-emergence of street wear fashions, but rather than take on the culture of the alternative and the menacing (as were the fashions of the ‘90s), street wear began to favour the artistic, underground movements. We saw, at the same time as the emergence of urban street wear brands, such as Superdry, an emergence of high-class graffiti, and quality, well-composed music.

This shift happened because the urbanites wanted to show the world that they had something to bring, that their subcultures could bring something useful to the world. They did this with style, and the urban world has spawned a number of quality movements: from high-end fashions, to artistic displays that rival the renaissance. This was our young urban elite expressing themselves and showing the world that they had something of value to say and to give to society as a whole, and that it was time to sit up and listen, because to ignore them was to ignore a human poetry that could speak to the hearts of all.

So, what happened to street wear fashion? It came into its own. It created clothing that reflected the feelings, strengths, and talents of an underworld generation, and it showed the rest of us that they had something to bring to the party. They have enriched many of our lives and they have brought us the messages of an otherwise lost generation. They are the future and it is time that we paid attention.

If you would like to browse a fantastic collection of Superdry clothing that reflects these sentiments well, then come and visit us at Triple S Clothing - www.triplesclothing.co.uk.
Powered by